Gmail Will Be a Big Change, Know About These Special Features - Gourab Design

Gmail Will Be a Big Change, Know About These Special Features

Gmail is the most used email service in the world. Google is now preparing to give it a new design. There have been some changes made recently in the Gmail app, but there is no special interface change in the Gmail web.best features of gmail.

According to a report from The Verge, the Google Web interface will be renewed soon. Its design will also change and the change in the user interface is also possible. Under the change in Gmail Web, new features will also be added to all Gmail users.

Google has not yet fully clarified how Gmail will be the new design, but it is expected that the new web design will be replaced on the basis of the mobile app. Significantly, Google provided the Inbox app with a completely new design in 2014.

According to the report, Google has promised that Gmail Web users will get a fresh and clean look, including Smart Reply, Snooze Email, and offline support. The smart reply feature is already given in the Gmail app, which has custom reply text and it receives its receptions based on the contents of the email, which you can send as reply to the email. Today"s post Gmail Will Be a Big Changes, Know About These Special Features on we are discussing it gmail new features. 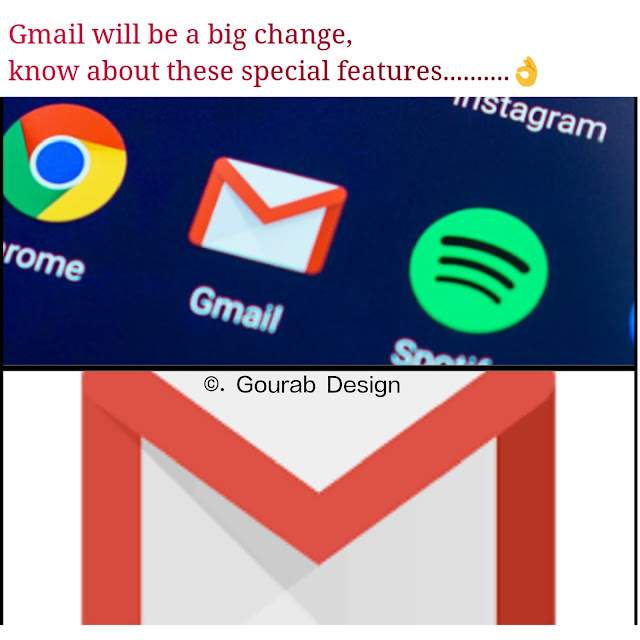 According to reports, offline access to Gmail will be for computers, which will allow them to store email offline in the computer.
Google has said in a statement given to Verge, "We are working on some major updates in Gmail, which are in draft form right now.

We need a little more time, so now we can not share anything. In the coming time you will get more information.
There is a big change in the world's most used email service Gmail. Google's preparation is to give it a new look, though it will apply to Gmail itself. Some screenshots are leaked in which you can see new changes made in the Gmail web and gmail features for business.

Google has made preparations to redesign Gmail Web time this time. Looking at the screenshot, it seems that in the Gmail web there are some features similar to the app, along with the user interface has also been changed. Google recently said in a statement that Gmail will be given a clean look which you can see in the screenshot .

Changed Gmail, see it will be a new design👌

Gmail's icons are also redesigned and they have been tried to provide a metrical design. In addition to the design, there will also be some new features in the new Gmail Web which also includes the smart reply and snooze email feature offered in the mobile app.

According to a report from The Verge, Gmail has a new sidebar in the new design, which will provide tasks with Google Calendar, Note app verb and email message. It will be easier for users to schedule meetings through this.

With this Google will give you the option of choosing from three layouts, which also has a default view. Attachments, documents and photos will be highlighted and users will get a compact view. That is, one page will get more details with a clean look.

In the coming weeks, Google will give this new design Gmail to G Suit and Gmail users. At the moment, the company did not announce a special date when it would be released to the users.

If you have any question about this post, then feel free to inform me on comment section. You can directly contact with me on our contact us page. If you wanna get our latest updates on your email then free Subscribe Now. Join with our Google+Profile for latest updates. If you like this update then don't forget share this with your others friends. Thanks.